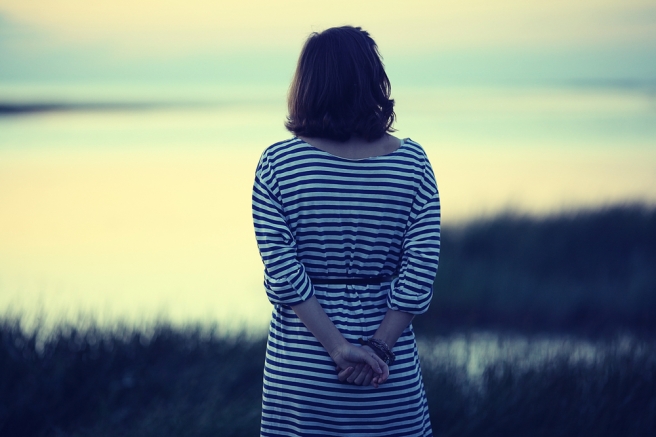 This post is for anyone who has a fear based mindset. Anyone who dwells on worst case scenarios and how everything could go wrong. This post is for the person that desires an inner sense of calm, but just isn’t quite sure how to make that happen.

I am writing this with recent events in my own life in mind. These past two weeks have been eventful, to say the least. I want to share how I navigated my fears in an effort to move through them smoothly and gracefully, in hopes that you might be able to do so as well.

I have heard it said, “You can’t control the waves, but you can learn to surf.”

So very true. As a former perfectionist, I tried to control my life so that nothing bad could touch it. But no matter how much you control your life, there will still be waves. You CANNOT control them.

Now don’t get me wrong, be safe. Wear your seat belt. Lock your doors. Take precautions. But just realize even if you do everything perfectly, there still will be waves at times. And that is okay.

Once we learn to surf, the waves will not be nearly as bad.

So, going along with the surfing analogy – if you fall off your surf board, that’s fine.

Fighting the waves can lead to drowning. Relaxing and “going with the flow” leads to floating.

I remember hearing author Brene Brown speak on a podcast discussing her realization that stress management was more about changing our perception of the stress, rather than avoiding stress altogether.

Now, just to be clear, decreasing stressful situations in our life is important. Don’t over-stuff your schedule or make decisions that will cause you stress. But, also realize that stress comes when we interpret an event as stressful.

So, I would like to share my stressful events and how I navigated them. In the past two weeks I,

With these events in mind, I cannot encourage you enough to develop your skills of positive self-talk, gratitude, compassion (for self, life, & other), and mindfulness. These practices saved me from a dark spiral. We engage in these practices in our everyday life, so they are available to us when we truly need them the most.

So, the first event happened to me last week on Tuesday. I work with an at-risk population, but with that being said, I never expected to run into this issue, at least not in modern America.

I was picking up my client from a routine doctor appointment for her pregnancy. She got into the car with me, and we began driving back to the agency I work at, which was just a few minutes away.

As we were driving, she casually remarked,

“I tested positive for Tuberculosis. Is that bad?”

Okay, I thought, maybe she is just confused.

She then handed me paperwork showing that yes, in fact, she had tested positive for Tuberculosis.

If you know anything about Tuberculosis, you may know that it is an airborne disease, meaning that you can be infected by someone else simply by being in a contained area with that person- such as a car. And before this, we had spent an hour in my tiny office together. There was no denying I had been exposed.

I was very confused why the hospital would have released her, because typically someone with TB would be quarantined. I got a hold of her doctor who said they needed to do additional testing to find out if the TB was active or latent. And we may not have an answer for a couple weeks. If it was active, then it was contagious. If it was latent, then there was no risk of infecting others.

This happened in the morning of my work day, so I spent the rest of the day maintaining positive self talk and reminding myself that everything will probably be fine.

However, on the way home from work there was a terrible traffic jam and it literally took me two hours to get home. That gave me WAY too much time to think. I tried to turn on a podcast to help distract me, which was fine at first, until they started talking about how someone was dying of a deadly disease!!

At that point, it was too late. I experienced the “attack of the amygdala” and my fight of flight center had been activated. I was filled with fear.

Once I got home, I told my husband about what happened.

We had plans to go out for dinner with his family. He offered to cancel the plans, but I felt it would be best for me to get out.

As we sat at dinner I laughed and participated in the conversation – on the outside I looked like I was doing just fine. My husband’s parents talked about going on trips and fun things happening in the future. But, all I could think was,

A little dramatic? Yes. But that is the problem with the “fight or flight” chemicals. Even if it didn’t make sense for me to feel that way, the chemicals made me feel that it was true.

However, although I felt all of these feelings very intensely, because of mindfulness, I was able to have an awareness that these thoughts were not true, and that I would likely be feeling a bit better tomorrow.

And I did feel a bit better the next day. And by the afternoon the next day, I was back to normal.

For example, these were the “steps” to worst case scenario,

Now, does worst case scenario ever happen? Yes. But not usually. So it makes way more sense to assume that one of the other four options will happen – these are much more likely. I read a statistic recently that said 86% of our worries have positive or neutral outcomes. So we might as well be positive and optimistic.

So how did my story end?

Best case scenario. My client is fine. I am fine. All is well.

So, in the above example, I did fall off the surf board for a bit. My fight or flight system was activated and I was full of fear.

But I floated. I didn’t flail. I recognized I fell…and I let myself float for a bit. Until I made it back to shore.

Next, I will discuss the car accident. Which was a wave I was a bit more successful at “surfing.”

So, I was at an intersection, had the “green arrow,” and began taking my turn. When suddenly a lady runs through the intersection, smashes into my passenger side, continues running into me and scrapes down the side of my car, and takes off my bumper and tail light, and continues driving away so I never get her license plate or info.

I pulled into the nearest gas station. I knew I was “entitled” to anger. I had every “right” to be angry. No one would blame me for being angry – whether at her or the situation itself.

But I knew anger wasn’t a helpful emotion. And I knew feeling sorry for myself wouldn’t be helpful either. Neither of these emotions would make me feel good, they would only make me feel worse.

First, I thought about this lady. I was in a low-income area and wondered if this lady was someone living in poverty. I thought about why she fled the scene, and thought that it might be because she didn’t have car insurance, maybe because she couldn’t afford it. A witness told me she appeared to be in her 60s or older and had a disability sticker on her car. I wondered what her disability was and how it impacts her daily living. I wondered if her life was a stressful and difficult life.

People think of compassion being for the other person, but compassion is as much for ourselves as it is for others. I couldn’t be angry when I thought of the situation this way, which helped me remain calm and collected.

I have a supportive husband who met me at the scene. I have the financial resources to invest in a new car. I have supportive parents and in-laws that are willing to loan me a car in the meantime. I have a job that is flexible enough that I could have come in late the next day, or taken the day off to sort things out.

Not to mention, I was not injured in this car accident. And, the fact that this was the first car accident I had ever been in, made me think about how I have taken for granted the safety I have been blessed with in my many years of driving.

As strange as it sounds, getting in the car accident made me realize the abundance I truly do have.

Just to be clear, this is NOT how I would have reacted a couple years ago before my mindfulness practices. It is because of a mental shift that has happened over time, but a mental shift I highly recommend, because it will transform your experience of stressful events. I engage in a gratitude practice daily, and because of this practice, even when a very stressful event happened, my mind was trained to look at what I could be grateful for in the circumstance, rather than dwelling on the negative.

I believe that people face feelings of despair, when they try to force life to be something that it’s not.

Life is not perfect.

If perfect is your expectation for your life, you will have a long miserable life.

But if you embrace your life with curiosity and openness, you will find that life becomes a little bit softer.

When life is wonderful, be thankful, enjoy, and savor it.

Life is beautiful, but also messy.

But then again, aren’t all amazing things that way?

11 thoughts on “Developing an Inner Sense of Calm”